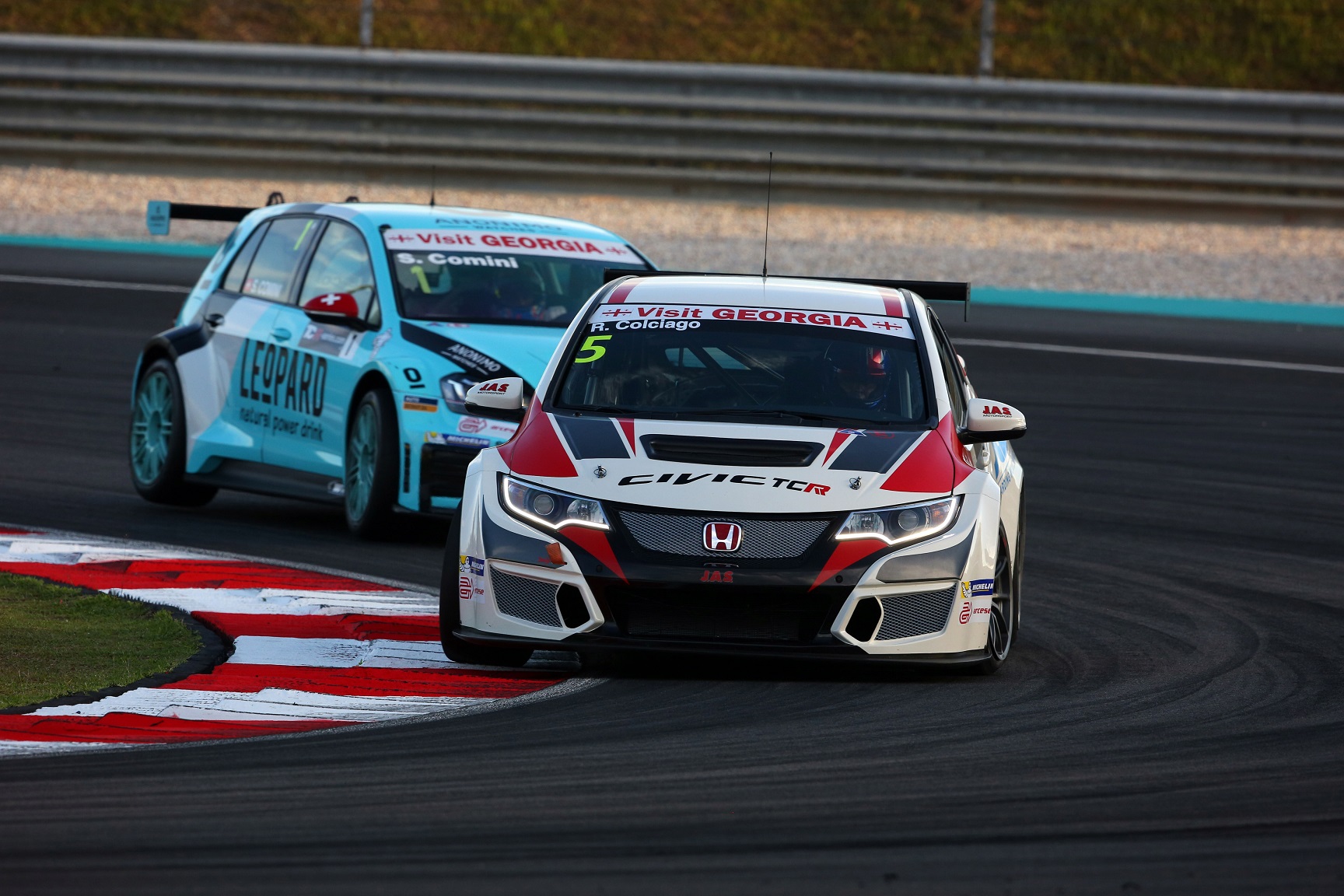 Roberto Colciago won the first race for Target Competition at Sepang, Malaysia, after an exciting fight with new championship leader Stefano Comini in the Leopard Racing Volkswagen Golf.
At the start Mikhail Grachev was the fastest off the line, the Russian taking the lead from third despite Colciago’s aggressive defense. Colciago attacked Grachev and too his lead back at Turn 2.

Comini pulled off a great move on Colciago at the last corner and briefly took the lead, as the Target Competition driver passed back at Turn 1.
Meanwhile Colciago and Comini were in a battle all race long, the Swiss following the Italian very closely. The last lap saw an exciting battle between the two, which included a bit of rubbing at the last corner, but the TCR Italy champion managed to stay ahead of the Leopard Racing Golf to take his maiden TCR International Series win.

Roberto Colciago: “I am really happy for everyone at Target Competition, for Giancarlo Bruno my engineer and the mechanics who gave me such a good car. I have to say it was a really great battle with Comini, so thanks to him for fighting so fairly. I know him well, so I know how much the win would have meant to him. It was the first time I made a start with the five lights system, so I was on the throttle too much and I touched Grachev just after the start. The thing is, I am a little bit old these days and so I have to fight at the start of the race, not the end!”

The technical problems on Loris Hezemans car, that prevented a good result at Singapore, were resolved before race two at Sepang. The young dutch driver finished after nice battles in 6th and secures the second fastest lap time in race two.