Home>Racing >Allgemein >Josh Files: “Being a double champion is a sensational feeling” 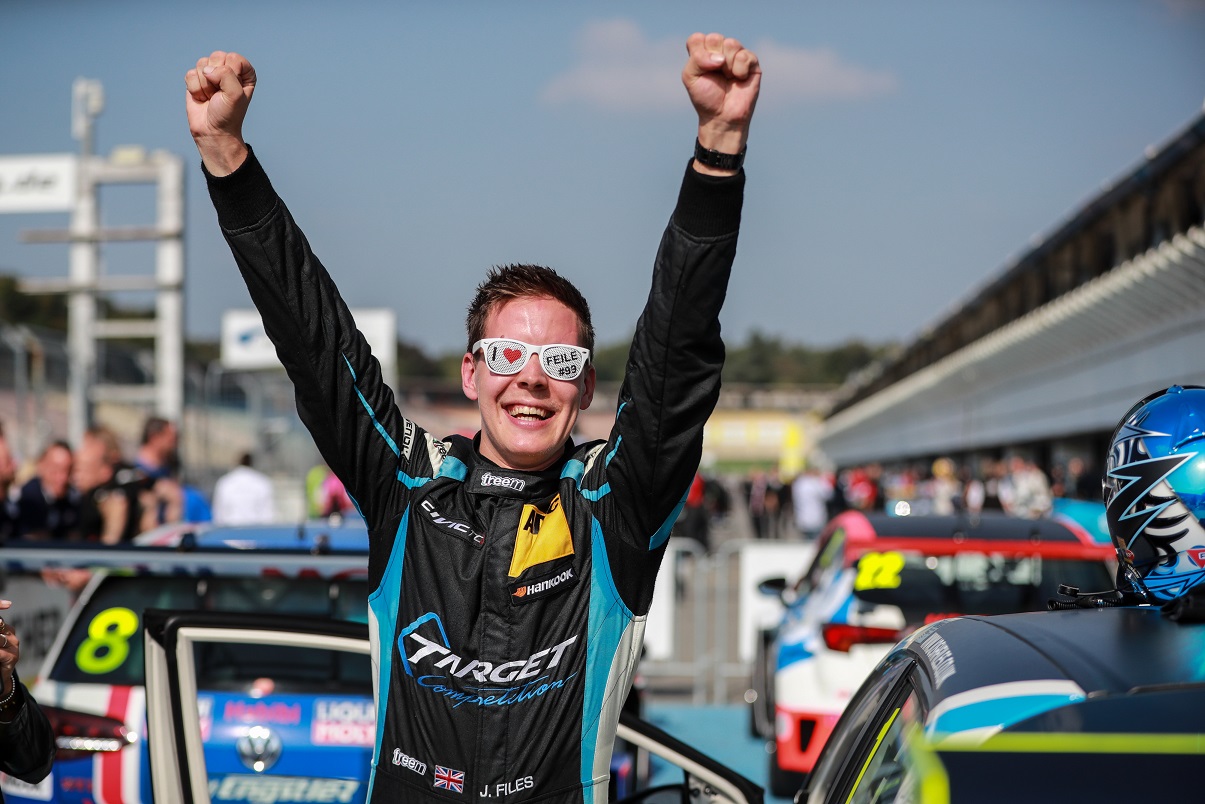 Josh Files: “Being a double champion is a sensational feeling”

Josh Files claimed his second straight TCR Germany title at Hockenheim this past weekend in the 44-car strong field.

“Being a double champion is a sensational feeling, the opponents were even stronger this year and all the more intense,” said Files.

The 26-year-old claimed six victories during the season and beat his closest rival, Mike Halder, by 65 points.

”It was a perfect end for a very, very good season. On the straights, the Audis have been quicker than us this year, so it was hard, but I’m just very happy about it right now,” said Files.

The Target Competition driver was hailed by his competitors, including Harald Proczyk who finished fourth overall.
”If you score so consistently and win races, then it has nothing to do with luck. On the contrary, he is very deserving of the title,” said Proczyk.