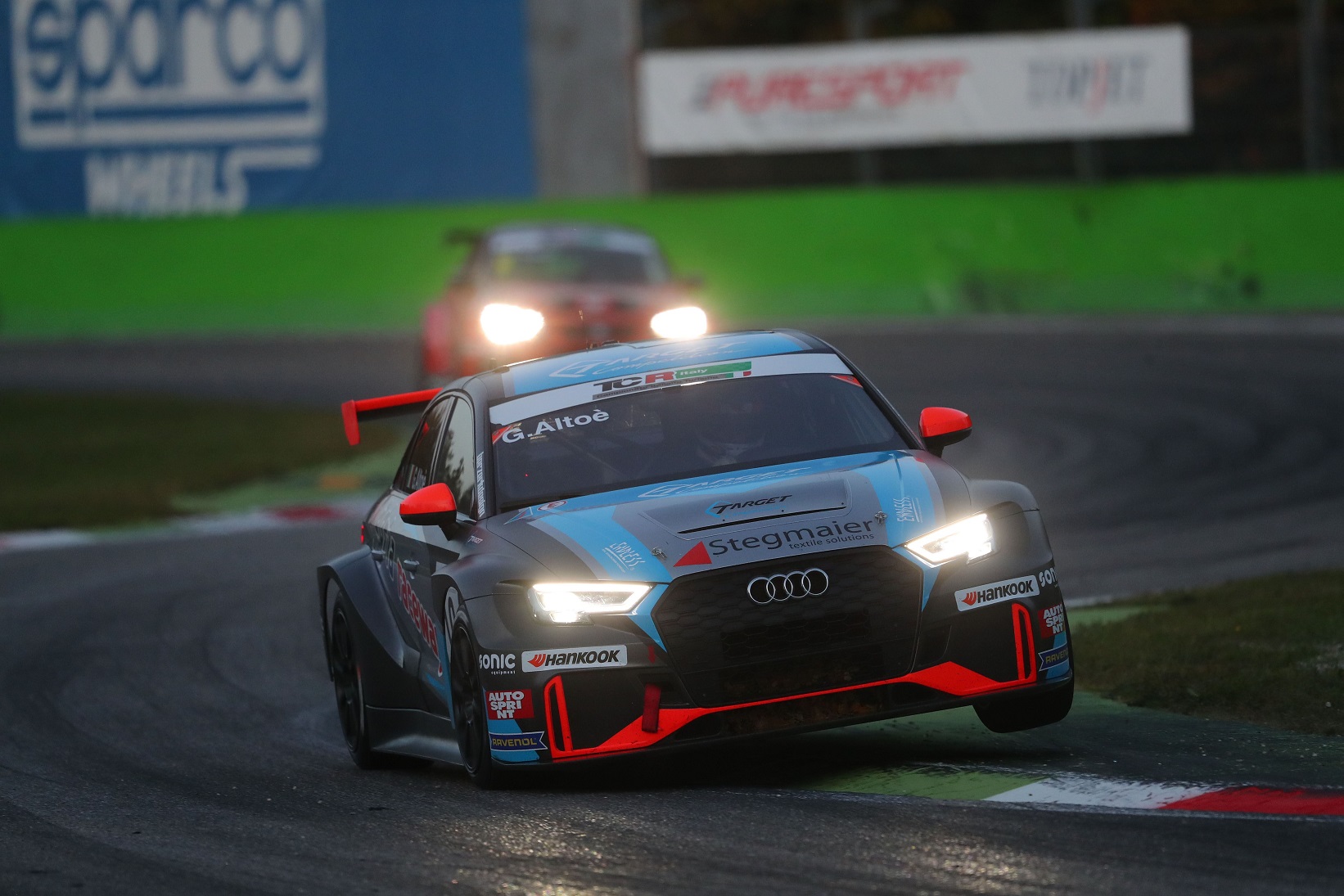 Monza – Target´s Giacomo Altoè was the man to beat in the final round of the Tcr Italy season 2017 at Monza.

The 17-year-old teenager showed a strong performance in Qualifying with pole position for race 1 and P4 for race 2.
In Q1 Altoè´s Audi was 3 tenths of a second faster then his revival Stefano Comini and Nicola Baldan. In Q2 Altoè struggled with traffic on the track, but he managed to put his Audi only by 0,2 s in second row.

Race one, which was held on a damp track, started under safety car due to poor visibility, but as soon as action started on lap 4 the race was spectacular. Front row starters Altoè and Comini both missed the first chicane. The Stewards during the race penalize both with a 5 second Penalty.
A very spectacular fight between Altoè and Comini was especially entertaining at the front, reaching the climax when the Swiss attacked on lap 7 at the first chicane and missed the braking point, after which he slightly lost contact, enough for Altoè to feel much safer.
Altoè won the race ahead of Comini on track, but the Veneto-based teenager just missed to retain his victory by as little as 0.138s over Baldan after the penalties were applied. Comini finished third due to the penalty, with Genè fourth ahead of Giacon.
“It was a great battle with Stefano (Comini). During the race i managed to open a gap between me and Stefano, so i was more comfortable. At the end it was really close with the 5 second penalty, anyway, I am really happy with the result.”, said Giacomo Altoè.

In race two, Target´s Giacomo Altoè passed the finish line another time in first position, but do to a 5-second penalty due to an overtake beyond track limits at the start, the Audi Driver became 2nd.
“I give any comment about the decision of the Stewards. For me I finished the race in first position, with the fastest race lap in both races. Thanks to my Team and to Audi Sport for the perfect support.”, said Altoè.
“We are really happy with the perfect performance of Giacomo and our Audi. We made no testing with Giacomo before the Weekend, so it was not easy to think that we could win the races, but here we are. “, so Team boss Andreas Gummerer.