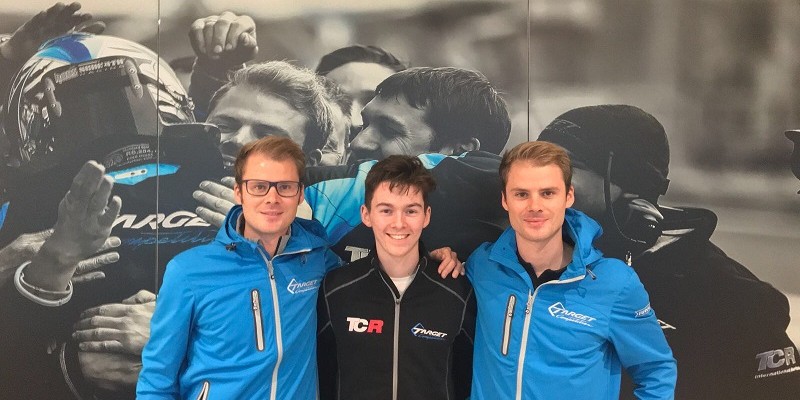 Target Competition has today announced that Reece Barr will be driving for the Italian outfit in the ADAC TCR Championship next year.

The 17-year-old teenager from Ireland is a member of the Andy Priaulx Driver Development Programme based at Silverstone. After a very successful debut year in the MINI JCW Challenge finishing second overall and highest finishing rookie in a very competitive championship, Barr now feels ready to move up the touring car ladder and join this top tier of TCR racing.

Reece Barr excitedly commented: “I’m absolutely thrilled to get this opportunity to race with Target Competition in ADAC TCR, especially after all their successes over the past few seasons in TCR. The TCR machines are so cool and with the new championship structures within TCR I feel privileged to work alongside such an experienced bunch of guys. To be racing tracks like Red Bull Ring, Nürburgring and Hockenheimring in my second year is just unreal and now my winter preparations can be finalised so we can hit the ground running in 2018.”

Andreas and Markus Gummerer, Target’s Team Managers are equally delighted with the news and said: “We are thrilled to join forces with Reece and his supporters. He really put up a brilliant display in his first race season and when he tested our 2017 car and we can’t wait to see him back on-track in our 2018 car. He will need to step up to meet the needs of such a challenging series but I’m confident he will be absolutely up for it considering how impressive he was this season and how he kept up with his professional developments. Our 2018 campaign is coming together nicely and we are looking forward with confidence.”