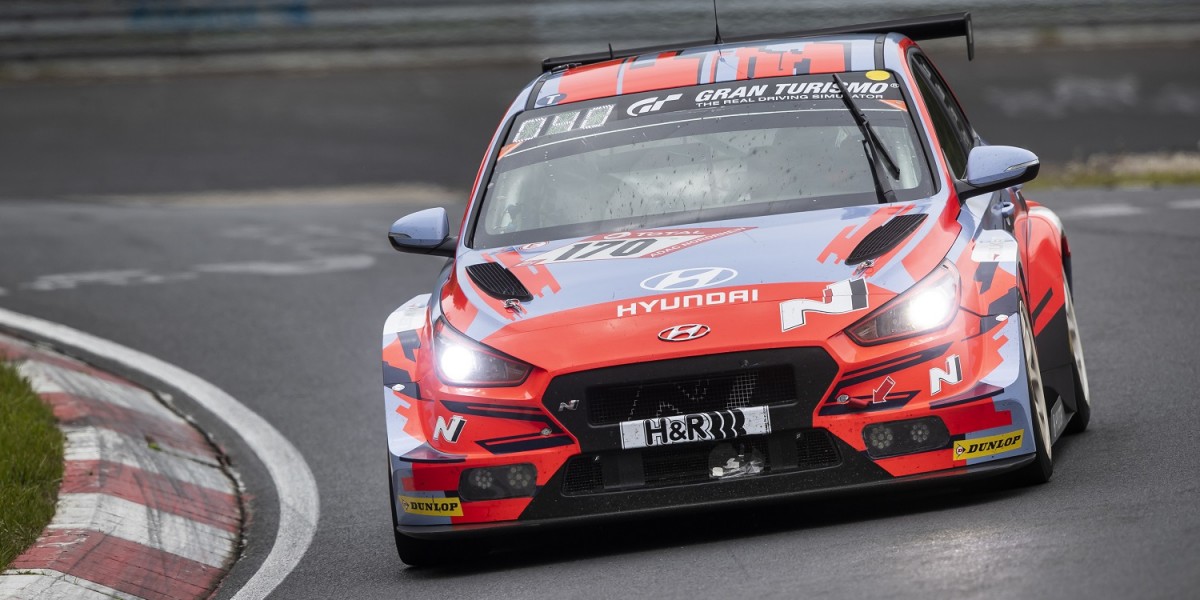 The two-car team, comprised of one i30 N TCR and one Veloster N TCR, was planned to provide the final on-track running for the endurance specification machines ahead of next month’s event. Each entry was driven by a three-man crew. The all-German trio of Manuel Lauck, Andreas Gülden and Peter Terting were tasked with driving the i30 N TCR, while the Veloster was entrusted to the combination of Marc Basseng, Moritz Oestreich and Nico Verdonck.

The strength of the Hyundai Motorsport Customer Racing built machines and the additions to the car for long-distance racing showed in Saturday evening’s first qualifying session. Lauck’s best lap put the i30 N TCR 40th overall, while Oestreich set the best lap for the trio piloting the Veloster N TCR to take a spot in the order only a few places behind.

Rain intervened, preventing the drivers from going any quicker as the session ran into twilight. The team’s attention instead turned to testing the headlight configuration on both machines, ready for the night running of the 24 Hours weekend.

The beginning of the race brought mixed conditions. Morning rain had dampened the circuit, leaving a greasy surface. Starting the i30 N TCR Lauck opted for a combination of slick tyres on the front and wets on the rear axle. In the Veloster N TCR Verdonck decided on a more aggressive strategy, with four dry weather Dunlops for his opening stint.

The decision gave Verdonck the upper hand in the opening laps – Lauck one of many drivers who had to pit in order to revert to fully slick tyres in the early going. However, a left-rear puncture would force Verdonck to limp back into the pits giving the position back to Lauck. With fresh rubber on the car the Belgian returned to the race, the Veloster N TCR otherwise undamaged.

The Veloster remained on the pace, but was slowed in the second half of the race by a minor issue. Happily, the team was able to quickly fix the car during a very brief stay in the garage, minimizing the time lost in the overall standings and keeping the team on course for a top 40 finish in the near 100-strong entry.

The final stint to the flag in the i30 N TCR went to Peter Terting. He brought the car to the finish, completing 38 laps of the 25km circuit, an achievement that gave them victory in the TCR class in 28th overall. Anchoring the crew in the Veloster N TCR Verdonck was only a lap behind, to complete a consistent weekend and a perfect warm-up for the longer race to come.

Hyundai Motorsport Team Director Andrea Adamo said: “The Nürburgring 24 Hours Qualifying Race was a very important step in our work towards the 24 Hours, and the performance of the team and cars was the perfect outcome from the event. Both the Hyundai i30 N TCR and Hyundai Veloster N TCR proved to be consistently quick around such a demanding track and have the reliability necessary for the 24 Hours. We must now complete the final preparations for the Nürburgring 24 Hours to make sure we can repeat this performance, and more.” 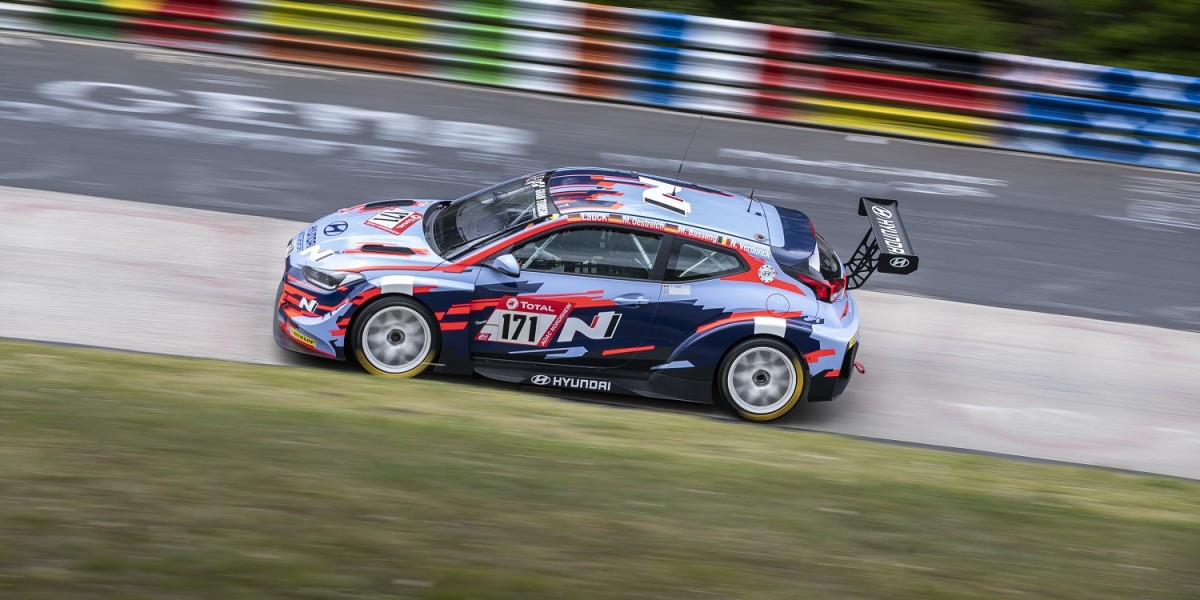