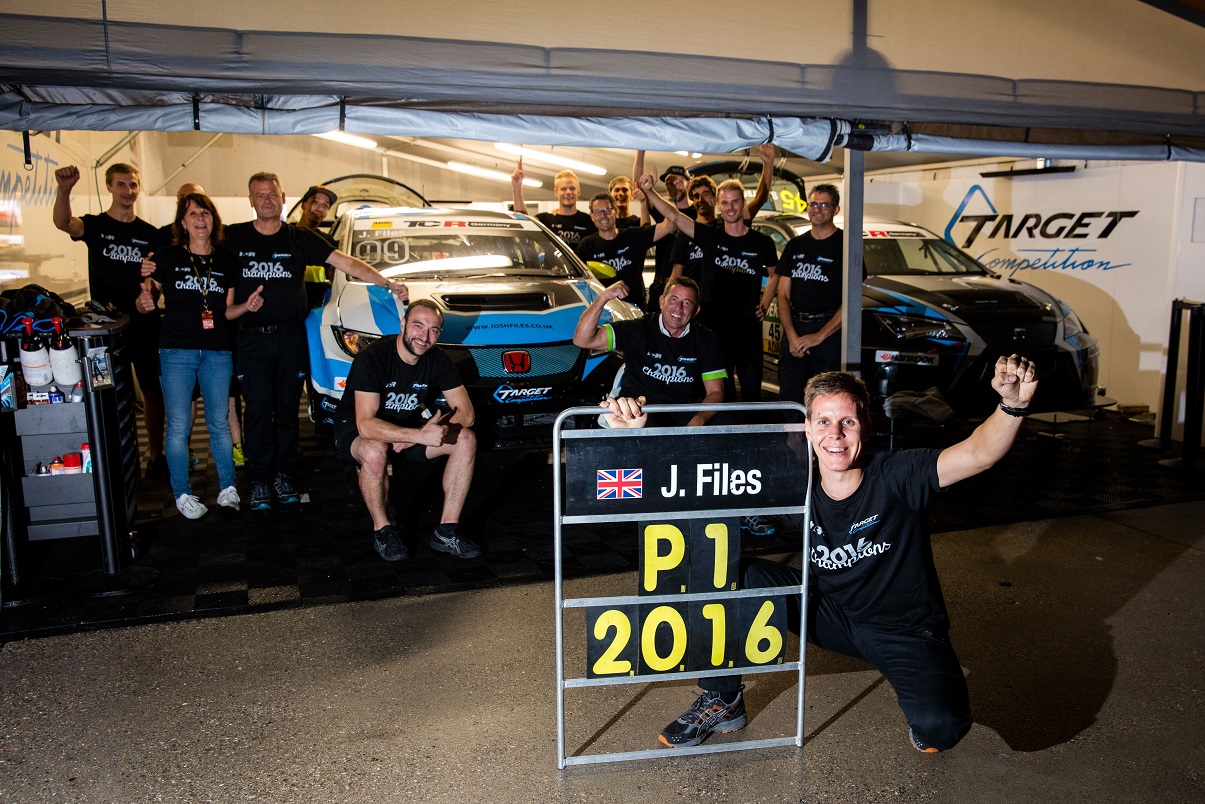 Josh Files won the ADAC TCR Germany championship with one race to spare at Hockenheim, Germany. The Target Competition driver made sure he won the race and the championship in the first heat, which made the accident in Race 2 an acceptable downside.
“We all got a little bit drunk after clinching both the team and drivers championships at Hockenheim,” admitted the Brit. “It is such a good feeling for everyone involved.”
The first race of the weekend was held on a damp track, which is one of the most difficult weather conditions in racing, like Files says: “Race one was tricky as it started raining just before our race and the circuit was damp with us on slicks. I got a really good start, my team-mate (Dennis Strandberg) made a better one but he gave me some room which was nice of him.”
After the early fight with his Swedish team-mate, Files was able to pull away: “The car was unbelievable and we were doing times almost as quick as in qualifying. For that reason I was able to pull away and I don’t want to say that it was easy but it kind of was.”

The Brit admits he broke down in tears as early as two laps before the chequered flag: “To win the championship by winning the race is the best feeling you can have and I was a complete crybaby and I had tears coming down my face with two laps to go.”
The second race was less happy for Files, but he was already the champion at that point, so the Brit is philosophical about it: “Race two I got an amazing start and was up to 5th by turn one. My two team mates were on the inside of me and made contact with each other and it sent one of them into me so I never made it past turn one which is a bit crap but that’s racing.”