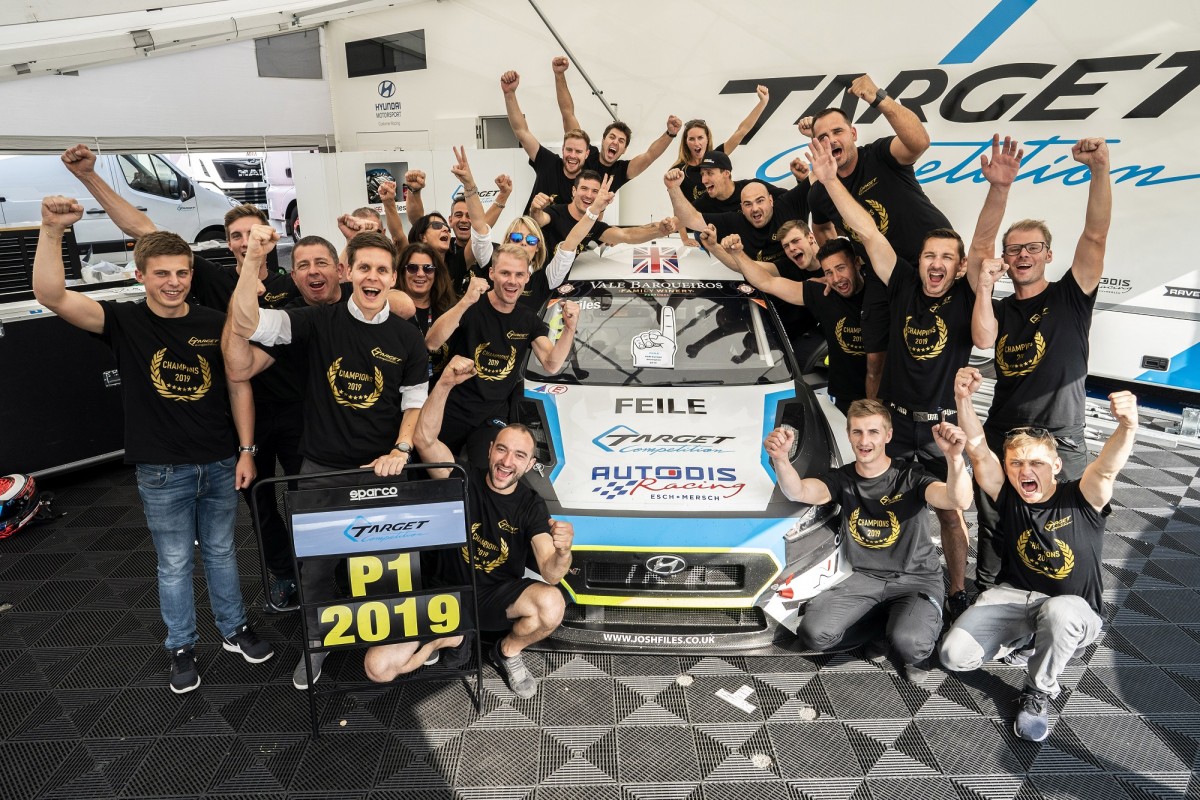 Victory in the final race of the TCR Europe season gave Josh Files the drivers’ title to add the teams’ honour already secured by his Target Competition squad to complete an i30 N TCR sweep of championships in the incredibly competitive series.

In line with much of the season the final weekend at Monza welcomed a grid of over 30 cars. Holding a 48 point advantage before the weekend, Files was only ninth fastest in qualifying at the straight-line speed critical Italian circuit, allowing his nearest rival to edge closer. However, a stellar drive in Race 1, climbing up the order to take a podium spot in third, limited the impact upon the points’ standings.

Starting from the front row for Race 2 Files quickly made his way to the front to lead the opening lap. From there he was able to control his pace, relying on the i30 N TCR to keep him ahead while his title rival made his way through the pack behind. Their battle rose to a climax in the final laps with first and second in the championship also first and second on track. However, Files was able to maintain his advantage to score his third win of the season – equaling the best tally by any driver in the series.

The weekend completed a very strong season for Target Competition in the championship. From the start – when Hyundai team locked out the podium in the first race of the campaign – the i30 N TCR has been at the front of the field. As well as Files’ three victories on his way to the title, Maťo Homola and Hyundai Motorsport Customer Racing Junior Driver Andreas Bäckman took a win apiece from the 14-race season. Target Competition also topped qualifying on four out of the seven weekends and stood on the podium a total of 13 times – eight of which went to Files, including a streak of four consecutive rostrum visits spanning the two contests at Red Bull Ring and Oschersleben.

With Files confirmed at the top of the standings Target Competition filled three of the top-eight places in the final points. Andreas Bäckman completed his maiden TCR Europe season in fourth, with Homola in eighth, Dominik Baumann in fifteenth and nineteenth Jessica Bäckman with also one Podium in Hockenheimring.

In the teams’ contest Target Competition – whose five-strong driver line-up included not only Files but also race winners Homola and Bäckman – eased to the teams’ title when the latter took his first TCR Europe career victory in the penultimate round in Barcelona.

“It was an amazing year for Target Competition. We were consistantly on the Podium and achieved four pole positions from the seven available. Some of the keys to our success was a really good winter preparation, amazing Teamwork and one of the best TCR cars you can have. A big thank you to Hyundai Motorsport, to our Sponsors, mechanics and drivers!”, said Team principal Andreas Gummerer.

Hyundai Motorsport Customer Racing Senior Sales Associate Andrew Johns said: “TCR Europe has been perhaps the hardest fought of any TCR series this season, with a large grid and some very close battles in the races. To have Hyundai i30 N TCR winning nearly half the races, and to end the year with customers taking both the drivers’ and teams’ championship is a huge success to be able to add to the growing list of honours for Hyundai Motorsport-built TCR cars. However, the performance of all the Hyundai teams in the series also shows the value of the support service the Customer Racing department has been able to offer our customers at the track at events, making sure that the cars always race in the best possible condition, and are always capable to scoring pole positions, wins and podiums.”